Kathmandu Paro Thimphu Punakha tour glimpse of Nepal and  Bhutan. The trip begins from Kathmandu where you will visit several UNESCO Heritage Sites before flying to Paro. In Bhutan, we discover several dzongs/fortresses), temples, and other cultural and historical landmarks of Bhutan.The high Dochu La pass and hike to Taktsang/Tiger’s Nest Monastery offers scenic landscapes of Bhutan.

The classic Nepal Bhutan tour is perfect for limited time travelers. After short tour in Nepal, you will fly to Bhutan, there you will visit the historic buildings and monasteries in Paro, take a look at the sacred religious books and manuscripts at National Library in Thimphu, then stroll around the most beautiful Dzong in Punakha. Finally, you can travel back to Paro and hike to the Tiger’s Nest - the landmark of Bhutan before back to Kathmandu. 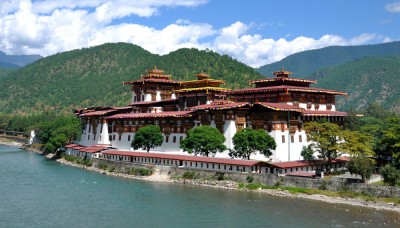