A day tour in Pokhara visit to Sarangkot, Phewa Lake, Mountain Museum, Tibetan Camp, Seti Gorge, Bat Caves and Annapurna Base Camp by Helicopter Tour. The once in a lifetime Pokhara group tour package is suitable for travelers like families, adults, seniors and friends. Besides, Pokhara city sightseeing tour and it is also possible to do paragliding, Bungee Jumping, cable car ride and horse riding if you have a free day in Pokhara. Day tour is a perfect way to relax and enjoy Pokhara nature and culture. Pokhara is a pleasant place, and Pokhara day group tour will explore the major tourist attractions of Pokhara. For booking and more detail information of the trip, please email us at [email protected] or call or message on WhatsApp at +977 9851023742. 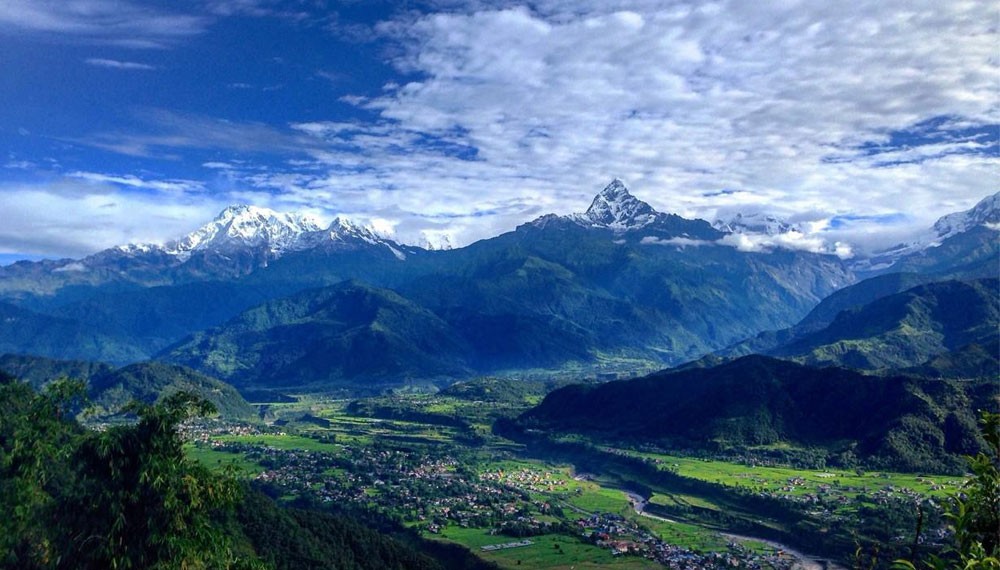 Season: All year around

Pokhara Group Tour is 1 day Pokhara tour to some interesting places of Pokhara.

A day tour to Pokhara-Group Tour explores nature and culture of Pokhara. Pokhara day tour to Phewa Lake, David fall, Mahendra cave, Seti River Gorge, International Mountain Museum and the Tibetan refugee camp is amazing. Pokhara day tour begins at 10:00 in the morning  and include tour to Sarangkot sunrise tour, paragliding, boating, World Peace Pagoda, David's Fall, Caves and  Annapurna base camp day  helicopter tour. Pokhara Day Sightseeing Tour is possible all year round. There are many things to do in Pokhara. Every place  is so important and interesting in Pokhara Tour, but it depends on your interest.

Pokhara is a city of lakes and mountains. This is a remarkable place of natural beauty. It is 200 km far from Kathmandu and can reach by flight and by overland drive. Pokhara 1 day tour offers stunning panoramic views of Himalayan peaks of  Dhaulagiri, Annapurna and Manalsu range. Pokhara is beginning point of popular short treks and rafting and also a place to enjoy natural beauty. Pokhara is home to Gurungs and Magars. They are hard working farmers and great warriors renown by Gorkha soldiers.

Day 1:  Pokhara Group Tour - Sarangkot, Mountain Museum, Tibetan Camp, David Falls, Seti Gorge, Annapurna Base Camp Helicopter Flight
We take you to the below mention places in 1 day Pokhara group tour. Please kindly check once in details.
Sarankot:  Wake up early in the morning and drive to Sarankot for one and half hour to see the sunrise and the Annapurna panorama view. Sarangkot is at an altitude of 1600m renowned for its panoramic Himalayan views of Annapurna, Dhulagiri and Manaslu as well as down on the city of Pokhara and Phewa lake. Sarangkot is also a hotspot for Paragliding and other adventure sports.
Phewa Lake: Phewa Lake is the second largest lake of Nepal. It is the main attraction of Pokhara. Swimming and boating is an important activities of Fewa lake. The eastern shoreline of the lake, popularly know as lakeside consist of seemingly endless strip of lodge, restaurants, bookshops and souvenir shops. One of the fascinating parts of lakeside is the splendid view of the mountains, especially when still water reflects the peaks creating a double image.
Barahi Temple: It is the most important pagoda style temple in the middle of the island of fewa lake. Devotees can be seen, especially on Saturdays, carrying male animals and fowl across the lake to be sacrificed to the deity. A view of Himalaya can see fro this temple compound.
Seti Gorge: Flowing right through the city, the boisterous river runs completely underground at places. Amazingly, at certain points the river appears hardly two meters wide. But its depth is quite beyond imagination over 20 meter. Mahendra Pul (bridge) provides a perfect view of the river's dreadful rush and the deep gorge made by its powerful flow.
Devi's fall: It is locally known as Patale Chhango, Devi's fall, also known as Devin's or David's. is an awesome waterfall lying about 2 km south-west of Pokhara airport on the highway to Tansen, Butwal. An interesting modern legend says that a foreigner named David was skinny-dipping in the Pardi Khola (river) when the flood gates of the dam were opened, sweeping him into an underground passage beneath the fall, never to be seen again.
Gupteswar Gupha Cave: Gupteswar Gupha, a sacred cave, lies 2 km from Pokhara airport on the Siddhartha Highway leading southwest from the city. The entrance is right across from Devi's Fall and the cave is almost 3 km long. It has some big hall-size rooms and some passages where you have to crawl on all fours. This cave holds special value for Hindus since a phallic symbol of Lord Shiva is preserved here in the condition it was discovered. From the end of this cave, we can devi's fall. It is one the wonder of Pokhara city day tour. Mahendra Cave  and Chamero Gupha:
International Mountain Museum: This is the interesting sightseeing day tour spots in Pokhara. It is very worthwhile to visit this museum in Pokhara while you are in Pokhara. The theme of this museum is to cover the information and exhibits related with the Man, Mountain and Mountain activities around the world. 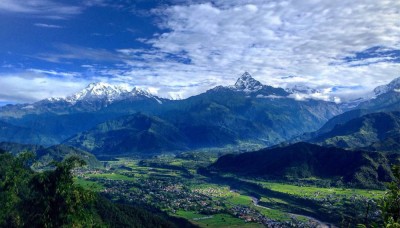