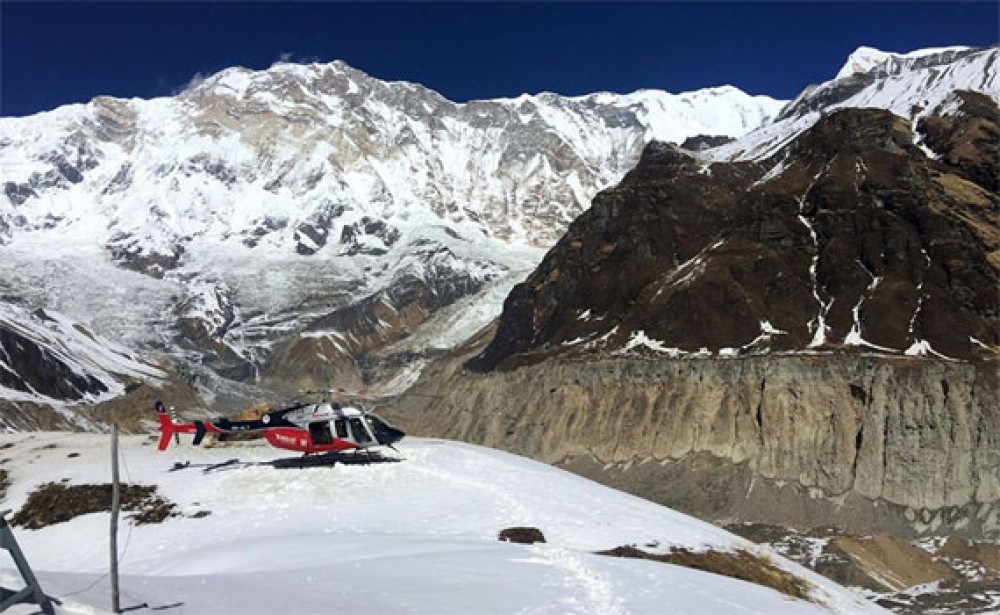 Annapurna Base Camp Helicopter Tour flies over the mountain villages-Dhampus, Landruk, Ghandruk, Chhomrong, riverine forest and rice terraces fields.Helicopter landing at Annapurna base camp for 30 minutes to take photos and then fly back to Pokhara. This is really the once in a lifetime experience. Annapurna base camp by helicopter tour is recommended to everyone if you have a free day in Pokhara as you don't have time trek to Annapurna base camp.The helicopter equips with oxygen cylinders, a regulator and high tech top out mask to assure immediate help in case of emergency. No compromise on your safety.

Annapurna Base Camp helicopter tour package is possible throughout the year, but best season from September to June. December to February is also a perfect but snow may cover the Helipad of Annapurna base camp. The cloud and foggy weather interrupt the visibility of the Himalayas in the months from June to August. 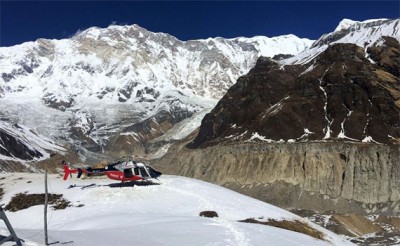